Sloop PROVIDENCE of the Continental Navy 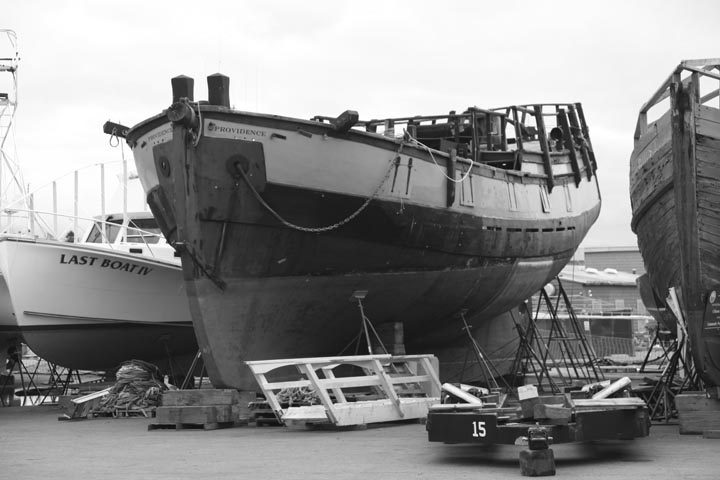 This is the replica of PROVIDENCE hauled out at Gloucester Marine Railway last winter for some repair work.