Ready for Another Year of Lobster Boat Racing? 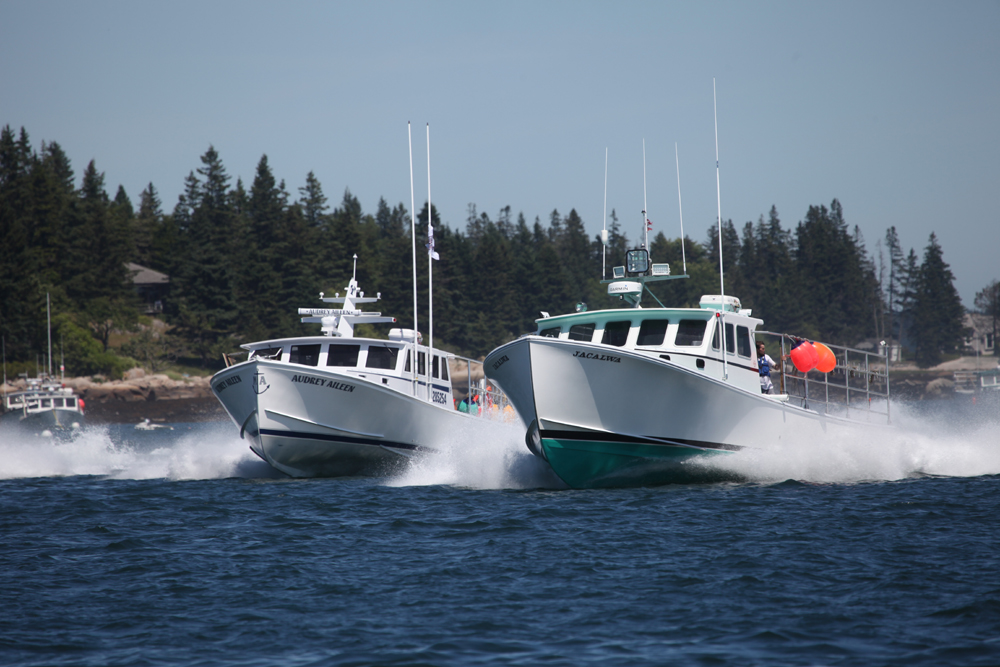 ROCKPORT – Every year at the Maine Fisherman’s Forum held at the Samoset Resort in Rockport the end of February or early March the Maine Lobster Boat Racing Association (MLBRA) holds a meeting. This is one of the shortest meetings that you will ever attended for if you are three to five minutes late you probably missed the entire meeting.

The annual meeting of MLBRA is held in the fall of the year in conjunction with the annual banquet in October. This is where all the changes are proposed and voted on. It would be unfair to someone building a new boat to race in a specific class to make rule or class changes in the spring of the year. However there are several items that might need mentioning, thus the spring meeting.

This year we informed the thirty to forty people who attended, who the ruling party was for the 2019 season: President, Jon Johansen; Vice President, Travis Otis; Secretary, Genevieve McDonald; and Treasurer, Rachel Elward.

Next topic was the sponsor. An email was sent out to those that had sponsored the races last year and instantly Mack Boring (Scania) came back saying they were on board again, as did Liferaft Services and Elite Airways. Elite Airways will give away a pair of tickets at each race to anywhere they fly from Portland. Late last fall Steve Brooks of Brooks Trap in Thomaston brought the marketing team of New Hampshire Motor Speedway of Loudon, NH together with MLBRA. Many of the people who compete in the lobster boat races or follow them also follow NASCAR. They found this an excellent tie and will be giving three pairs of tickets at the first five races (Boothbay, Rockland, Bass Harbor, Moosabec and Stonington) of the year, to three different winners in three separate drawings. There will also be a year-end prize given at the awards banquet in October to the top boat of the year. We also had a couple of others that are interested, but have not yet committed.

Back in October there were no rules changes proposed so the same rules will apply this year. The only change in the Classes will be in Gasoline Class B, which had its upper limit changed from 375 to 383 so the Class now will read: V8, Up to 383 cid, 24 feet and over.

Last year we did not publish a program as time just ran out getting it all put together. Amy Tierney of Long Island with assistance, is seeing if it is logistically possible to publish one this year. With the dates of all the races set we can now print the poster, which should be out the mid-spring.

With everything on the agenda discussed it was asked if anyone had questions: Brian Robbins of “Commercial Fisheries News” stood up and said that he had two. First he wanted to know if the rumor about a wedding later in the afternoon was true. The groom-to-be, Steve Johnson, responded that the rumors were true and that it would be held in the club building right next door at 3:30, “be there or be square.” A little after 3:30 Diana Teague and Steve Johnson took their vows to a packed house with Amy Tierney presiding. Brian’s second question was since Galen Alley, who had passed away in an automobile accident in January had done so much for lobster boat racing over the 10 years that he raced was there something we could do to dedicate the season to him? It is known that the Moosabec races will do something and others may do something as well. MLBRA decided to dedicate this year’s poster to Galen.

With this the meeting was adjourned.